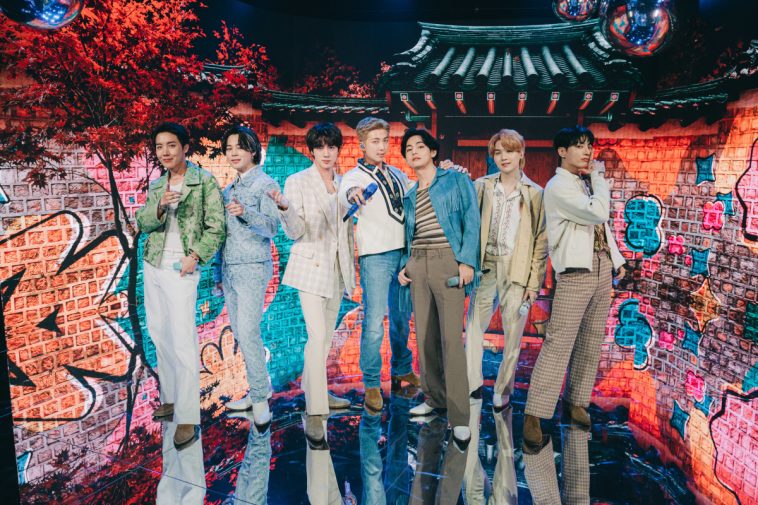 The seven BTS members appear for both an in-studio interview and performance on the episode, which also features a discussion with Aisling Bea and Nicholas Hoult.

BTS’ latest “Corden” appearance comes amid a momentous week for the group. In the past few days, the group took home multiple trophies (including Artist of the Year) at the American Music Awards and received a second Grammy nomination for Best Pop Duo/Group Performance. In the coming days, the group will play a series of shows in Los Angeles.

Tuesday’s “Corden” began airing at 12:35AM ET on CBS — and will air at the same time in the west. Videos and photos follow: