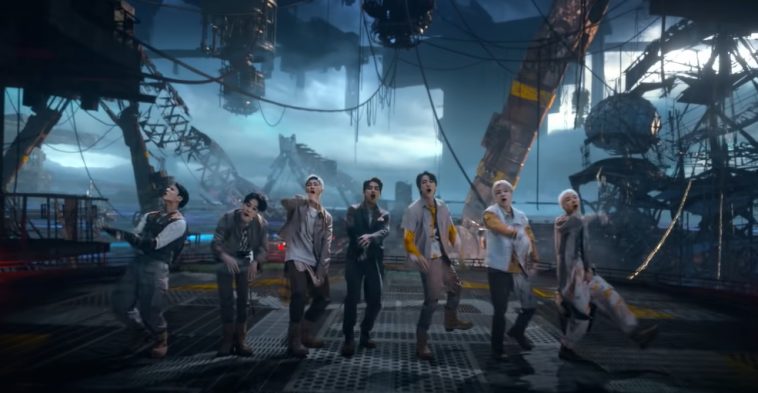 Despite launching at the very end of the September 24-30 tracking period, the music video for Coldplay & BTS’ “My Universe” debuted at an impressive #8 on the Global YouTube Music Videos Chart.

Following its first full week in the market, the video jumps into the chart’s Top 3.

Credited with 28.2 million views during the October 1-7 tracking period, “My Universe” rises to #3 on this week’s listing. Only TWICE’s “The Feels” (#1) and LISA’s “MONEY” performance video (#2) posted greater tracking period views counts.

With 43.6 million total views across all eligible uploads, “My Universe” meanwhile slides six spots to #7 on the Global YouTube Songs Chart. The decline is understandable; although the official video arrived late, the song itself (as well as the successful lyric video) was available for the entirety of the previous tracking period. Overall viewership volume, therefore, was certain to endure the customary second-week decline.