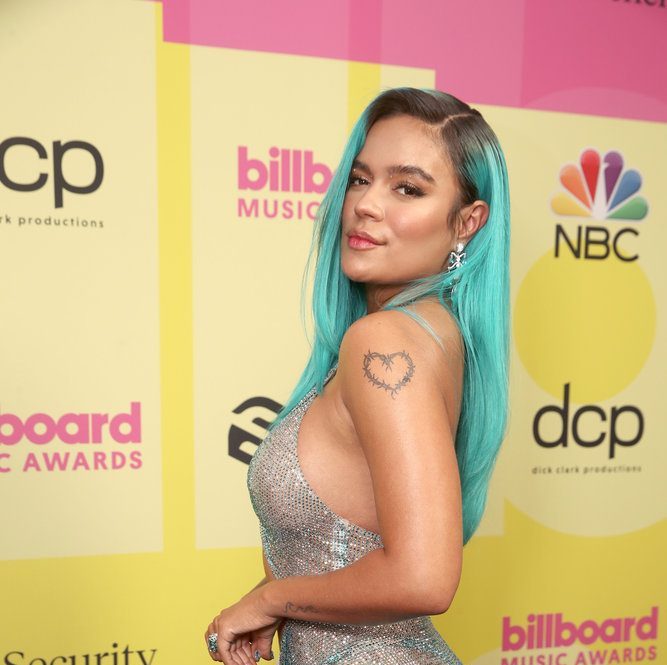 2021 BILLBOARD MUSIC AWARDS -- Pictured: In this image released on May 23, (l-r) Karol G arrives to the 2021 Billboard Music Awards held at the Microsoft Theater on May 23, 2021 in Los Angeles, California. -- (Photo by: Todd Williamson/NBC)

The 2021 Billboard Music Awards ceremony does not begin until 8PM ET/5PM PT, but numerous high-profile names have already made an impact on the red carpet.

Karol G and Doja Cat (who will be taking the stage with SZA) are part of the performer lineup for the show, which is emanating from the Microsoft Theater in Los Angeles, CA.

Nick Jonas is hosting the event, which will air on NBC. In advance of the broadcast, NBCUniversal shared photos of the aforementioned women on the show’s official red carpet.