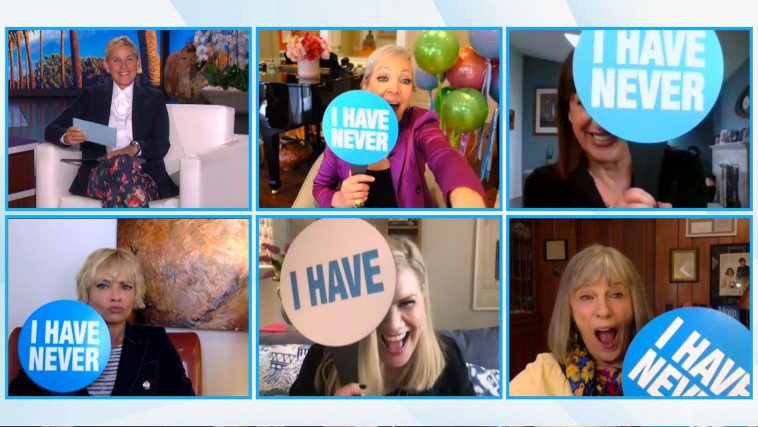 Ahead of this week’s “Mom” series finale, the show’s stars make a remote appearance on “The Ellen DeGeneres Show.”

Allison Janney first appears for a solo interview, talking about her past in figure skating, her appearance in the PEOPLE Beautiful Issue, and her failure of an attempt to host a wedding during quarantine.

Fellow principal cast members Jaime Pressly, Kristen Johnston, Beth Hall, and Mimi Kennedy then join the chat, reflecting on the long-running sitcom. The five stars also play a game of “Never Have I Ever.”

The episode, which also features Machine Gun Kelly, will air Wednesday afternoon. Ahead of the broadcast, the “Ellen” team shared videos from the “Mom” cast appearance.