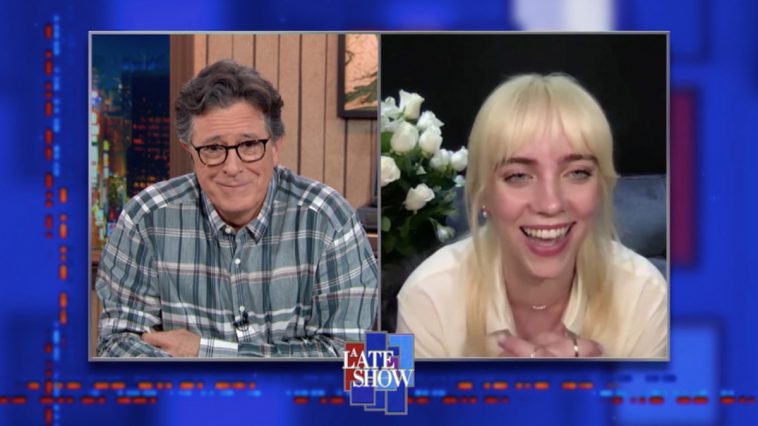 Eilish touched on numerous topics during her “Late Show” interview, including her buzzy Vogue UK photoshoot. Not simply present for a chat, Eilish also delivered a remote performance of “Your Power.”

====
Hours before the May 10 “A Late Show With Stephen Colbert” hit the air, the show shared exciting news about Billie Eilish’s appearance.

In addition to partaking in the previously announced interview, the Grammy winner would also be delivering a remote performance of “Your Power.”

“Your Power,” her new single, just debuted inside the Top 10 on the Billboard Hot 100. It is also flying up the pop and alternative radio charts.

Filmed in advance, Monday’s “A Late Show” will also feature a chat with Jake Tapper. It will air at 11:35PM ET/PT, and video highlights will be posted here upon availability.