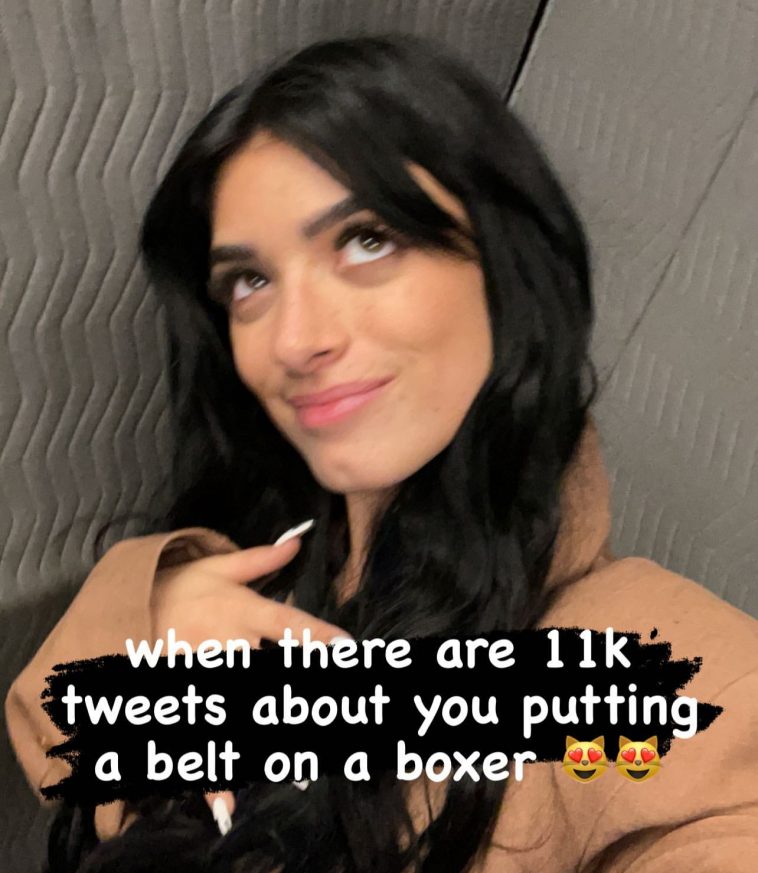 The result was not, however, the only topic of conversation. Numerous topics — from the oddball commentary, to the musical performances, to the bizarre finish in the co-main event — sparked considerable discussion on Twitter.

One such topic included the involvement of Dixie D’Amelio, Charli D’Amelio, and Avani as post-fight presenters. The three influencers received ample screen time as they placed belts on some of the victorious fighters, including the aforementioned Jake Paul.

“Dixie” and “Charli,” in fact, trended at different times Saturday night. “Dixie” remains a trending topic as of press time at 1:35AM ET.

Not all the comments were positive, but Dixie is taking the situation in stride. At about 1AM ET, she posted an Instagram story wryly noting the fact that there were 11,000 Tweets about her “putting a belt on a boxer” (see above).