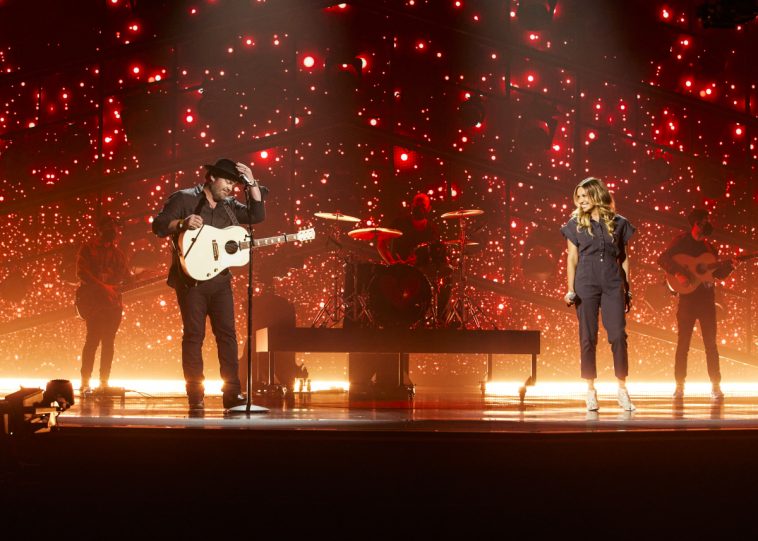 This coming Sunday, many of country music’s biggest stars will come together for the annual Academy of Country Music Awards. In advance of the ceremony, noteworthy names have been taking the stage for official rehearsals.

That list includes Lee Brice and Carly Pearce, who took time to prepare for their collaborative performance. Brice and Pearce will be performing their #1 country radio hit “I Hope You’re Happy Now,” which has already been announced as the winner for Music Event of the Year. The song is also up for Single of the Year.

To heighten anticipation for Sunday’s show, CBS issued photos from the rehearsal session to the media. Those shots follow.

Keith Urban and Mickey Guyton are hosting this year’s show, which will air at 8PM ET/PT on April 18. CBS will handle the television broadcast, while the Paramount+ service will offer live streaming.