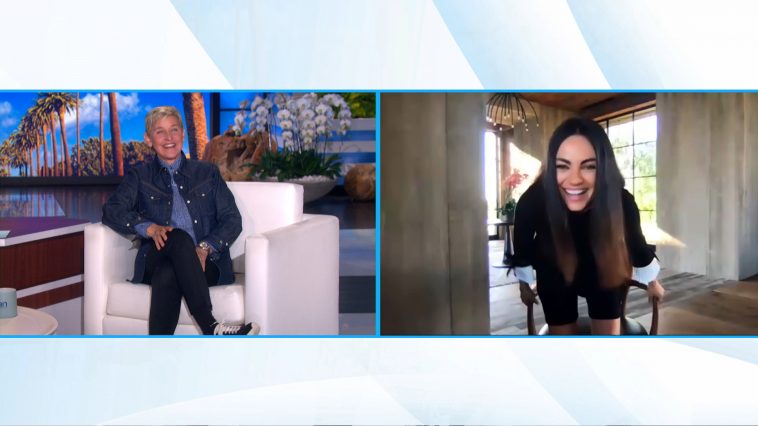 The actress covers numerous topics in her interview, such as working with Allison Janney in the new movie, filming a Super Bowl commercial with her husband Ashton Kutcher, her quarantine experience, and her past stint as an “Ellen” guest host.

Not simply there for an interview, Kunis also plays a game of “Wheel Of Hidden Secrets.” The effort raises $10,000 for the Frontline Hero Fund, courtesy of Shutterfly.

Frontline heroes, in fact, take center stage during Tuesday’s episode. In addition to welcoming a virtual audience of first responders, healthcare workers, and educators, Ellen issues surprise gifts to those making an impact.

The episode will air Tuesday afternoon, but video highlights are already available.