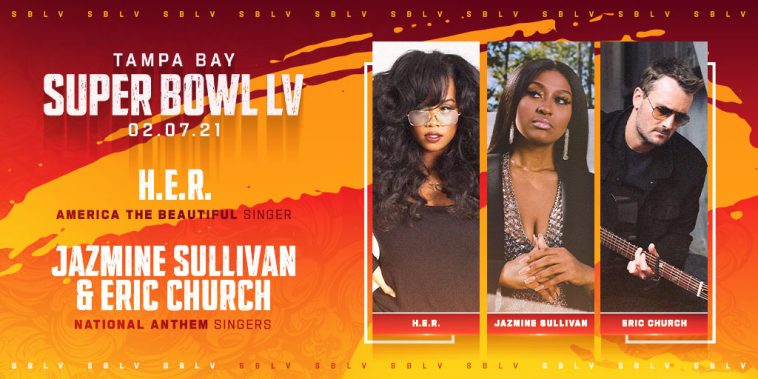 In a Tuesday announcement, the NFL revealed that the high-profile musicians who will perform moments prior to Super Bowl LV.

According to the statement, Jazmine Sullivan and Eric Church will collaborate to perform American national anthem “The Star-Spangled Banner.” H.E.R. will perform “America The Beautiful.”

The performances will air as part of the event’s pre-show coverage, set for 6PM ET on CBS.

Emanating from Raymond James Stadium in Tampa Bay, Florida, the February 7 Super Bowl will additionally feature a halftime show performance from The Weeknd.

GRAMMY-nominated artists @ericchurch and @jsullivanmusic will join us in Tampa Bay to sing the National Anthem at Super Bowl LV!

Tune-in on Feb 7 to the Super Bowl on CBS Kick-Off Show at 6pm ET pic.twitter.com/mh1Y8fjgpV