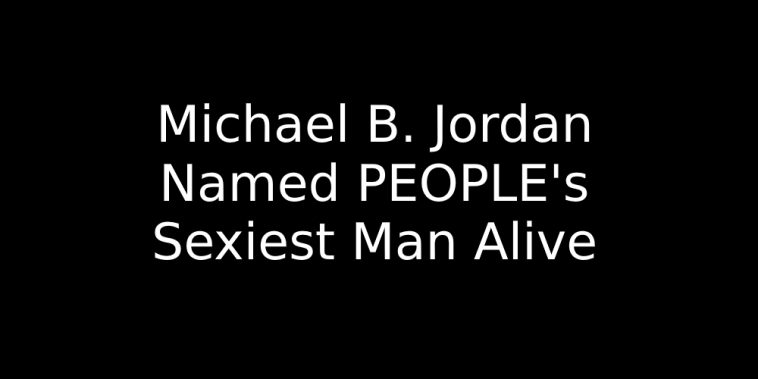 The honoree is Michael B. Jordan, who appears on the cover of PEOPLE’s Sexiest Man issue, which hits newsstands this week.

Prior to the reveal, Kimmel allowed at-home viewers to ask “yes or no” questions to a disguised Michael B. Jordan. After processing some clues – he works in film, was not an Avenger, has over 5 million Instagram followers, has no children, did not date Taylor Swift, is not part of a celebrity family – one of the viewers correctly guessed his identity.

At that point, Jordan took off his disguise, and a banner featuring his cover appeared on stage.

Jordan was to participate in an interview with Kimmel following the reveal.