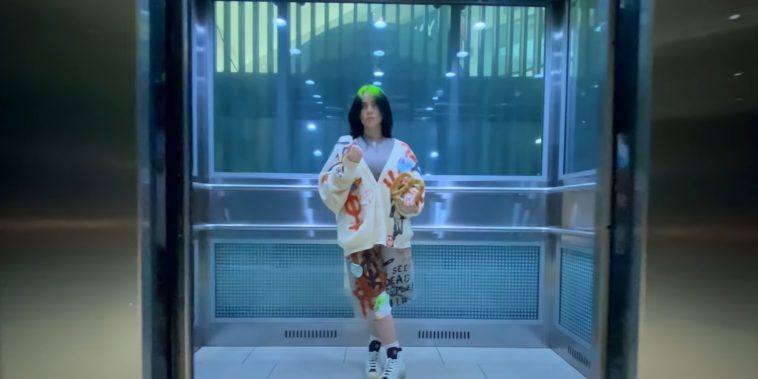 Despite its late-week launch, Billie Eilish’s “Therefore I Am” amassed enough airplay to debut on this week’s Mediabase pop radio chart. Ritt Momney’s version of “Put Your Records On” also makes this week’s Top 40.

Credited with 1,875 spins during the November 8-14 tracking period, “Therefore I Am” arrives at #34 on this week’s pop chart.

— As “Therefore I Am” and “Put Your Records On” enter the Top 40, Lil Nas X’s “HOLIDAY,” Ashnikko’s “Daisy,” and The Kid LAROI’s “So Done” make moves just below the 40-song chart. The three songs officially earn Top 50 rankings.

“HOLIDAY,” which arrived on the sixth day of the tracking period, received 511 spins. It ranks as the Mediabase pop panel’s #46 song.