YouTube has formally confirmed what many had already taken for granted: BTS’ “Dynamite” posted the biggest music video launch in YouTube history.

According to the platform, “Dynamite” amassed 101.1 million views in its first twenty-four hours. The impressive count convincingly ranks as a new record; BLACKPINK’s “How You Like That,” the previous record holder, debuted with 86.3 million views.

“Dynamite” is also firing on all other cylinders. In addition to ruling the US iTunes sales listing and charting prominently on Spotify, “Dynamite” enjoyed a strong start at pop radio.

Despite not launching until the sixth day of the August 16-22 tracking period, “Dynamite” received 2,128 spins. The count positions the track at #32 on the Mediabase pop radio airplay chart, marking the highest debut yet for a BTS single. 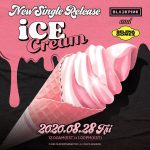