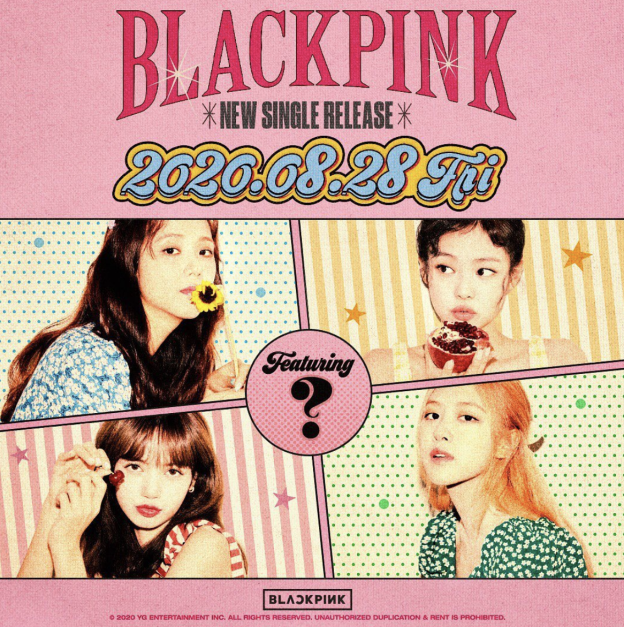 Consistent with industry speculation, BLACKPINK will release its new single on Friday, August 28.

The eagerly anticipated single will feature a surprise guest. Although some superstar names have been popping up in the rumor mill, BLACKPINK, YG Entertainment and Interscope have thus far remained silent on the artist’s identity.

The new single will join recently released “How You Like That” on the group’s debut full-length album, which is set for release on October 2. “How You Like That” has been a strong audio streaming performer — and its music video set numerous records on YouTube.