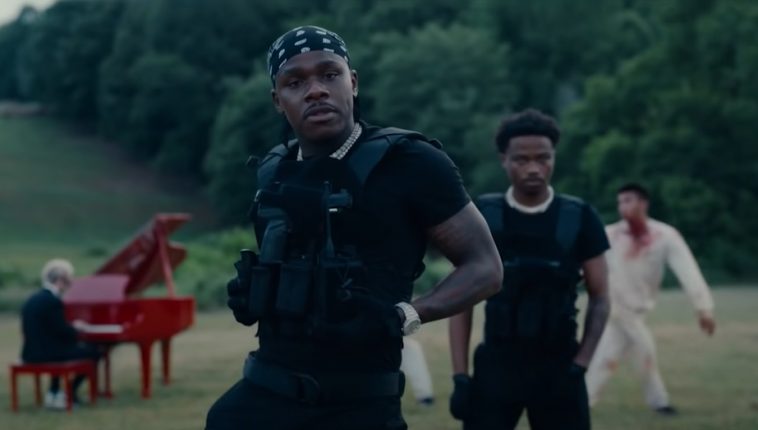 Continuing to make its case for the song of the summer crown, DaBaby’s “ROCKSTAR (featuring Roddy Ricch)” spends another week as the biggest song in America.

The collaboration, powered by ongoing strength on the streaming, sales and radio front, celebrates a 7th week at #1 on the Billboard Hot 100.

DJ Khaled’s “POPSTAR (featuring Drake),” the week’s top debut, directly follows at #3. The two artists also earn a second Top 10 debut this week, as their “GREECE” starts at #8. With the new arrivals, Drake now has 40 career Top 10 hits on the Hot 100. The figure gives Drake the outright record; he previously shared the all-time high mark of 38 with Madonna.

The Weeknd’s “Blinding Lights” holds at #4 on this week’s chart, while SAINt JHN’s “Roses” rises three places to #5.