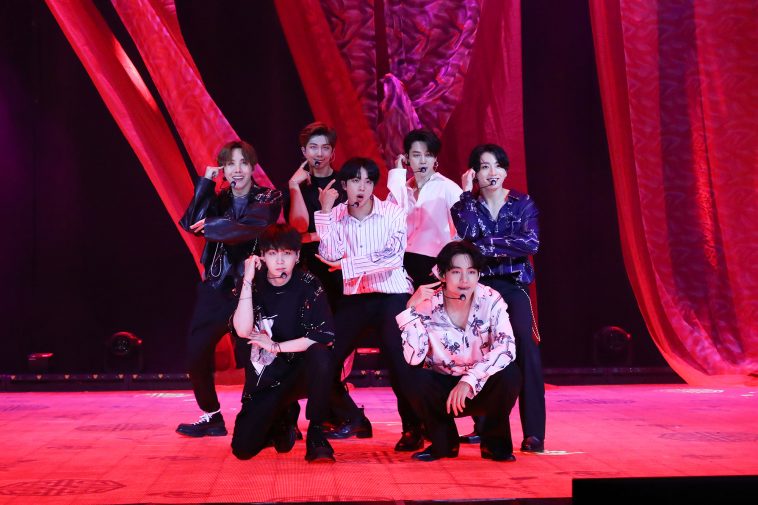 Another day, another incredible achievement for BTS.

The superstar attracted a record-setting audience for its paid “Bang Bang Con The Live” event, says Big Hit Entertainment in an official statement.

According to Big Hit, the event attracted a peak concurrent audience 756,000 viewers from a total of 107 regions. The “on-contact” show drew the largest global audience ever for a paid virtual concert.

“The 100-minutes long “BANG BANG CON The Live” invited fans to BTS’s room, where members freely navigated through and performed in various spaces – composed of five rooms and two stages, each stylized in different moods,” touts Big Hit regarding the unprecedented event.

The event simultaneously serves as a preview of and temporary substitute for the group’s tour, which was postponed in the wake of the COVID-19 pandemic. It also coincides with the group’s seventh anniversary celebration.