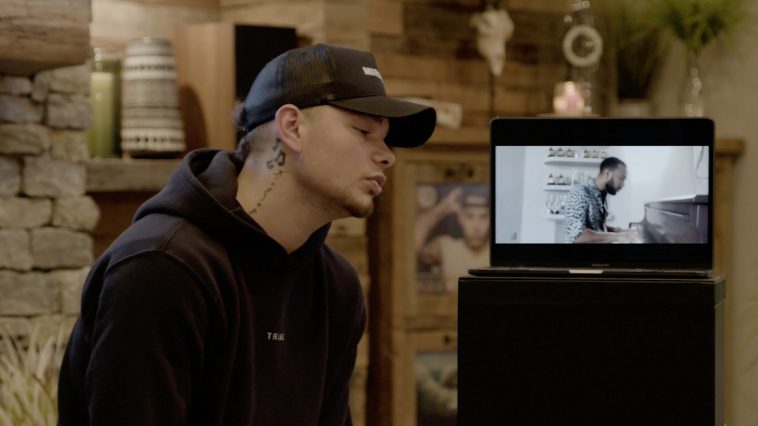 Kane Brown during Our Country | Screen via CBS

Last weekend, FOX aired the iHeart Living Room Concert For America in the timeslot originally reserved for the iHeartRadio Music Awards. It fared well in the ratings.

This weekend, CBS aired a remote concert special in the timeslot originally reserved for the ACM Awards. It, too, performed well.

According to fast national data posted by Showbuzz, the two-hour “ACM Presents: Our Country” special drew a 1.0 adults 18-49 rating and averaged 7.73 million overall viewers. Although it did not draw as well as last year’s actual ACM Awards ceremony (1.6, 9.92 million on a comparable night), it was still a solid performer for CBS.

It took second for the night in both columns (among network programs), trailing only ABC’s “American Idol” in the demo and only CBS’ own “60 Minutes” in viewers. It, moreover, won its 8-10 PM timeslot in the viewership column.

The ACM concert special led into an encore of “Garth & Trisha Live!,” which drew a 0.7 rating and 4.69 million overall viewers.