At this time last year, singer-songwriter FLETCHER was making waves on the charts with her debut major label single “Undrunk.” She spent the balance of 2019 releasing other fantastic pop tracks, many of which were bundled into the “you ruined new york city for me” EP.

Late Thursday/early Friday, she delivered her first solo release of 2020.

Entitled “Forever,” the excellent new song offers more affirmation that FLETCHER has the talent and vision to achieve pop superstardom. With strong out-of-the-gate positioning on Spotify playlists like New Music Friday and Pop Rising, the song will quickly introduce (or re-introduce) that promise to hundreds of thousands (if not millions) of music fans around the world.

Granted, they will not have to settle for audio. FLETCHER has already released a music video for the song — and it may be her most striking visual yet. 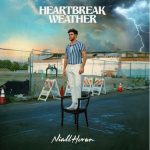