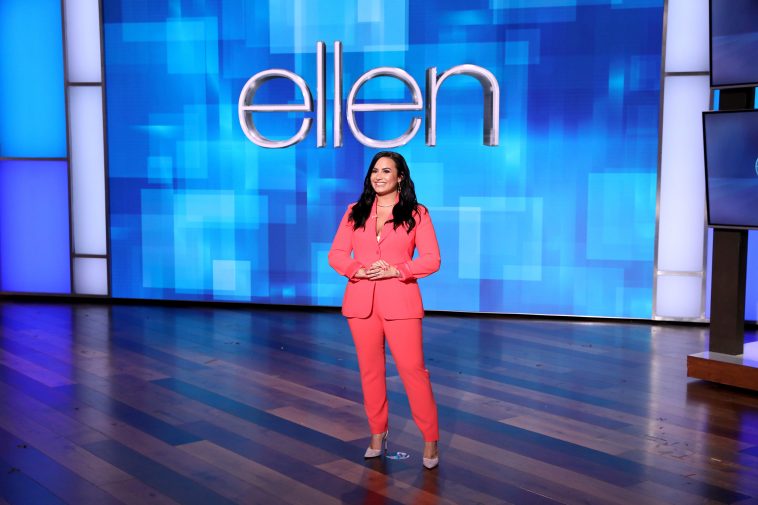 Update: Amid the Coronavirus pandemic, “The Ellen DeGeneres Show” has joined many other talk programs in suspending production through at least March 30. As a result, most of next week’s episodes will switch to re-runs.

That includes the March 18 episode, which was to feature Dan Levy, OneRepublic and a “Burning Questions” segment with Demi Lovato.

Since the Demi Lovato segment was presumably taped during her visit earlier this month, it is possible “Ellen” may release it as digital content – or bundle it with one of the upcoming re-run episodes. But, for now, there is no immediate word on its airdate.
====

Last week, Demi Lovato made two consecutive appearances on “The Ellen DeGeneres Show.” She first appeared as an interview guest, before returning the following day as guest host.

During her recent time at the “Ellen” studio, she also evidently filmed a “Burning Questions” segment for a future episode. The date of that future episode has since been confirmed.

According to new listings, Lovato will answer “Burning Questions” on the March 18 episode. The broadcast, as previously announced, will also feature chats with Dan Levy and Ryan Tedder. Tedder’s band OneRepublic will also take the stage for a musical performance.