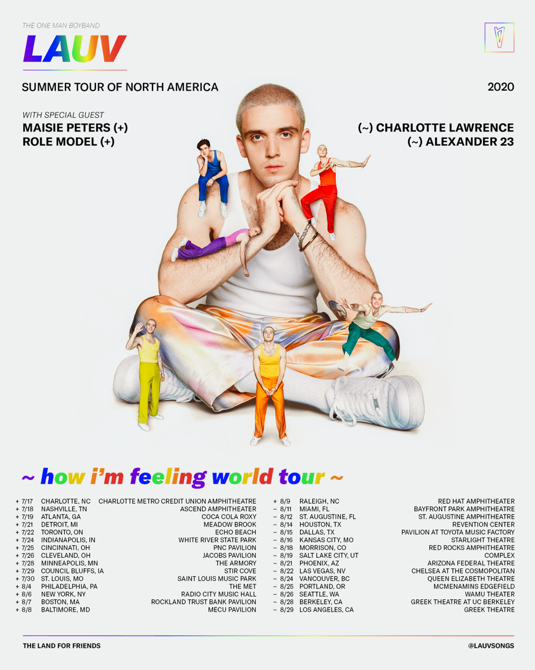 With multiple radio hits and impressive numbers on Spotify, Lauv has emerged as a legitimate pop star.

On north American dates for his “How I’m Feeling” world tour, he will feature several artists who are emerging as stars in their own right.

According to an official announcement, opening acts for the tour will include Maisie Peters, Role Model, Charlotte Lawrence and Alexander 23. Headline Planet has previously offered glowing reviews of Peters and Lawrence.

Peters and Role Model will appear on North American dates between July 17 and August 9, while Lawrence and Alexander 23 will join the series from August 11-29. The North American dates land in the middle of a world tour that kicks off in Monterrey on March 23 and concludes in Brixton on November 17.

A poster highlighting the US dates – and opening act schedule – follows.