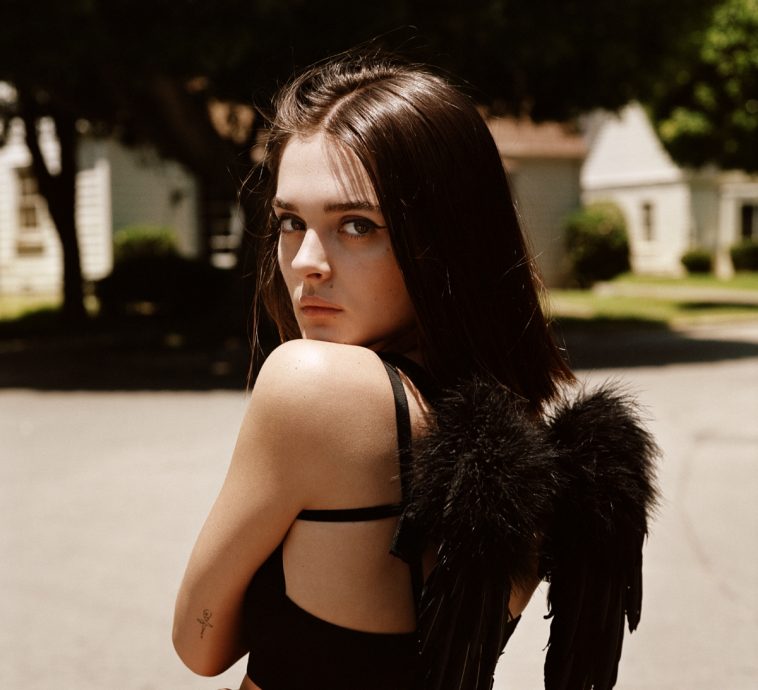 The days of deriding pop as an empty, bubblegum genre are over.

Yes, their music is catchy, but today’s most talented pop artists understand the importance of personality and emotion. They tell legitimate stories – and communicate real attitude – through their lyrics and vocal dynamics. They pair bright, engaging beats and melodies with edgy, if not dark lyrics. They prove that sonically pleasing and unabashedly human are not mutually exclusive.

Emerging pop star Charlotte Lawrence embodies these welcome contradictions. Over the past two years, she has steadily released music that is broadly accessible yet unquestionably personal. With frank, illustrative songwriting and a confidently versatile vocal delivery, she is no stereotypical pop music robot. She is someone choosing not to mask her feelings or conceal her stories.

And, yet, she never lets her “angst” become a forced gimmick. More importantly, she never lets her passion for being “real” prevent her from singing with the beauty and charisma of a big pop star. Everything about her feels organic, honest and, as a consequence, meaningfully appealing. She may not want to be a pop star cliche, but she is not rebelliously unwilling to connecting with a mass audience.

This valuable dynamic is pivotal to the power of her new single “Why Do You Love Me.”

With the sharp talents of that creative crew, Lawrence’s undeniable allure as a performer and a brilliant interpolation of The Turtles’ classic “Happy Together” (which yields writing credits for Alan Gordon and Garry Bonner), the record is exactly what a pop song should be in today’s market.

It is a relentlessly catchy (the chorus could have worked on Britney Spears’ “Circus” album), broadly appealing pop song. And, yet, it features the vivid, unfiltered description of a flawed relationship fans have come to expect from Lawrence. It also wonderfully accommodates Lawrence’s vocal talent, allowing her to sound big enough for pop radio without remotely veering into cheesy or self-congratulatory territory. It is simply a catchy, infectious dose of reality.

Given the backing from Atlantic Records, it will be interesting to see how “Why Do You Love Me” performs within the overall marketplace. Lawrence has already amassed success on Spotify (she boasts over 3 million monthly listeners and several songs with 8-figure streaming counts), but radio and iTunes remain relevant success markers in the world of pop.

What is already clear, however, is that Charlotte Lawrence is a rising pop star worth taking very seriously. And “Why Do You Love Me” is a new pop song worth immediately adding to your favorite playlists.

charlotte lawrencewhy do you love me