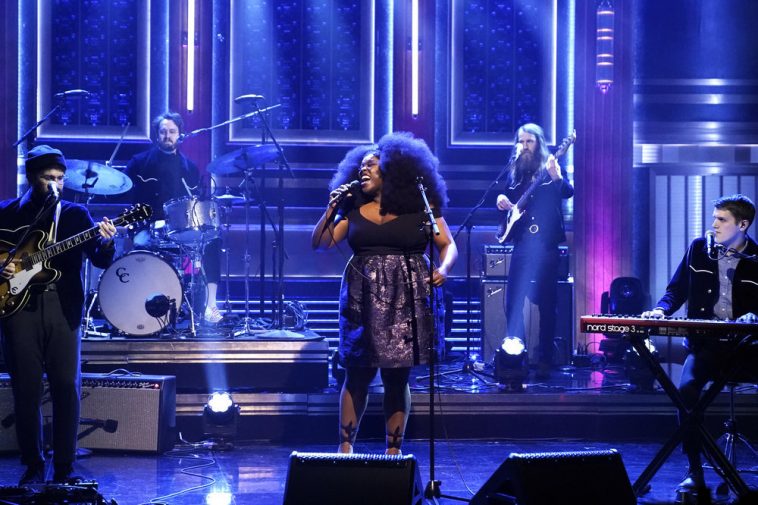 She performed “I Don’t Wanna Lie” in the closing segment of an episode that also featured Martin Short and David Dobrik.

Initial highlights, including Yola’s performance and part of the Dobrik interview, follow — as do photos from the taping. Additional highlights will be posted upon availability.

This Tuesday’s episode features another act up for the coveted BNA trophy. In what represents her “Tonight Show” debut, critically acclaimed artist Yola takes the stage in the episode’s closing segment.

Her performance caps an episode that also features Martin Short and David Dobrik. In addition to interviews, Short and Dobrik play a game of Charades.

Taped in advance, the episode will begin at 11:35PM ET/PT on NBC.