Ellie Goulding closes the 2010s decade by returning to #1 on the Official UK Singles Chart.

Up ten places, the pop star’s cover of “River” claims the throne on this week’s chart. The song, which is Goulding’s third career #1, is the final chart-topper of the 2010s decade. It seizes the throne from LadBaby’s “I Love Sausage Rolls,” which sinks to #57 after claiming the annual Christmas #1.

Goulding previously hit #1 with “Burn” and “Love Me Like You Do.”

Mariah Carey’s “All I Want For Christmas Is You” ascends six spots to #2 on this week’s chart, as Wham!’s “Last Christmas” rises two places to #3. 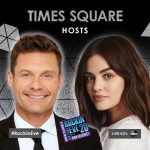