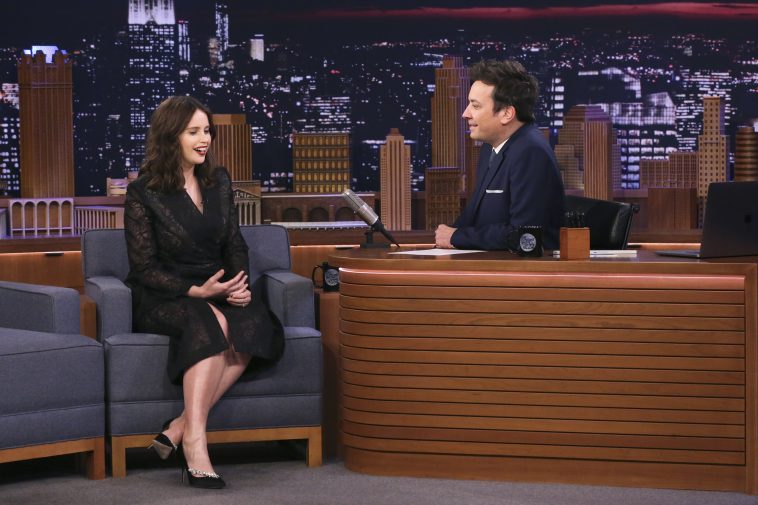 Ahead of this Friday’s opening, “The Aeronauts” star Felicity Jones makes a high-profile television appearance.

The actress appears on Tuesday’s edition of “The Tonight Show Starring Jimmy Fallon.”

Jones is the lead guest on an episode that also features Tomi Adeyemi, Kevin Delaney and Burna Boy. Adeyemi appears for an interview, Delaney leads a science demonstration, and Burna Boy delivers a musical performance.

Taped in advance, the episode will hit the airwaves at 11:35PM ET/PT on NBC. Official photos from the taping are featured below.