One of the most popular “Tonight Show Starring Jimmy Fallon” segments involves host Jimmy Fallon’s “History Of…” collaborations with his celebrity guests. The most notable example is the multi-part “History Of Rap” series with Justin Timberlake.

Tuesday, he adds a new iteration to the series: “History Of Disney Songs.”

Bell also participates in an interview, as does Judd Apatow. Later, Danny Brown takes the stage for a performance.

Photos from the taping follow; videos will be posted below upon availability. 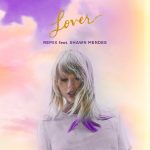