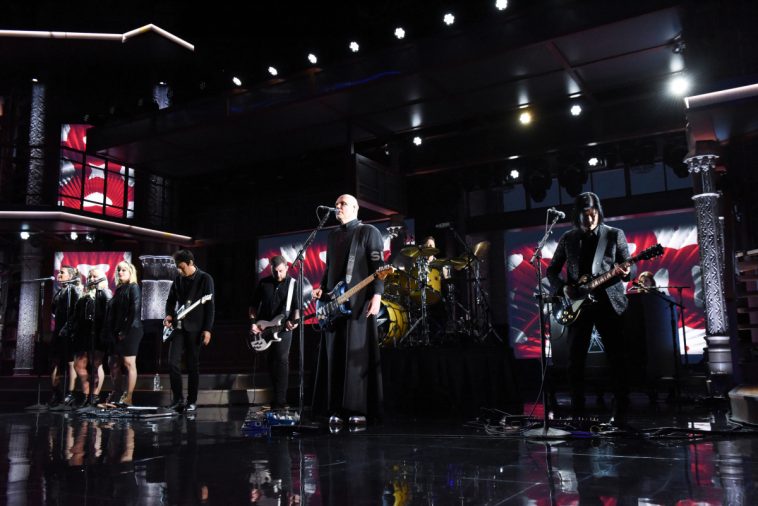 Update: On the eve of their tour launch, The Smashing Pumpkins dropped by “The Late Show With Stephen Colbert.”

The band performed “Knights Of Malta” in the closing segment of the episode.

The Smashing Pumpkins will kick off their tour with Noel Gallagher this Thursday in Camden, NJ.

Ahead of the event, the band pays a visit to the New York-based “Late Show With Stephen Colbert.”

Taped in advance, the episode will air at 11:35PM ET/PT on CBS. The Smashing Pumpkins performance should start at around the 50-minute mark.