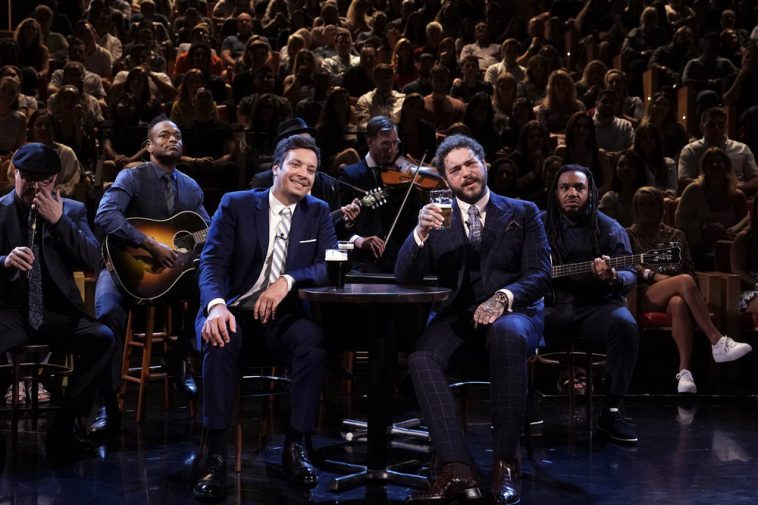 Appearing on behalf of “The Peanut Butter Falcon,” the former joined host Jimmy Fallon for an interview. Post Malone meanwhile participated in an interview, a game of beer pong, and a “Seven Drunken Nights” musical bit.

Videos of the Beer Pong and “Seven Drunken Nights” segments follow; additional clips will be posted upon availability. Photos from the taping also follow.

Johnson, who is making her first “Fallon” appearance of 2019, appears as an interview guest.

In addition to the Johnson interview, the episode features appearances by Post Malone, Jon Lovitz and Tyler Childers. Malone chats, plays beer pong and appears in a musical bit. Lovitz takes part in an interview, while Childers closes the show with a musical performance.