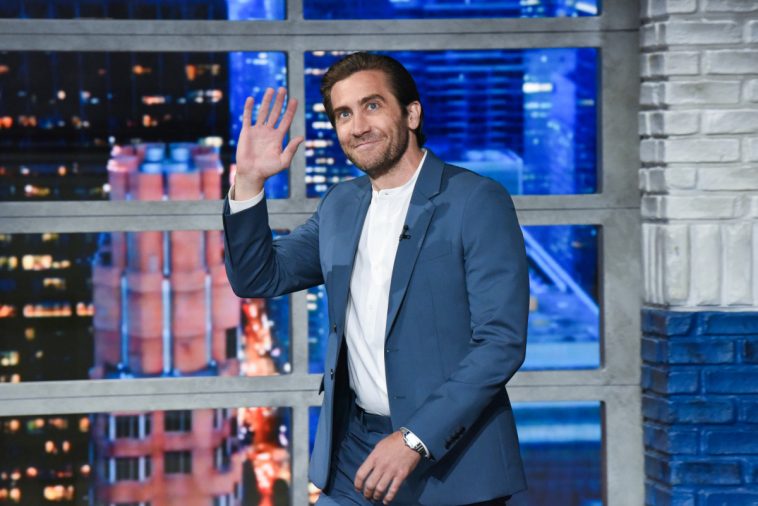 The actor joined host Stephen Colbert for a chat on the broadcast.

A video of the interview follows. Photos from Monday’s taping also follow.

Jake Gyllenhaal, whose “Spider-Man: Far From Home” has been one of the summer’s big cinema hits, is taking the Broadway stage in “SEA WALL/A LIFE.”

To support the theatrical project, the actor stops by “The Late Show With Stephen Colbert.”

Gyllenhaal appears as the lead guest on Monday’s edition of the episode. The episode also features appearances by Marianne Williamson and Daniel Simonsen.

Taped in advance, Monday’s edition of “The Late Show” will air at 11:35PM ET/PT on CBS.