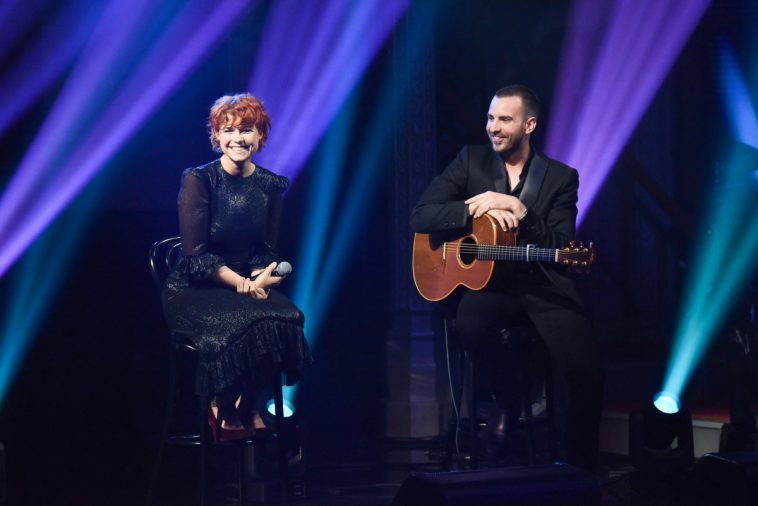 She first joined host Stephen Colbert for a chat. Later, she took the stage to perform “Glasgow.”

Videos of her segments and photos from the taping follow.

Jessie Buckley recently starred in HBO’s buzzy “Chernobyl.” She is also the lead in the new movie “Wild Rose.”

Tuesday, she makes a late-night television appearance. The entertainer appears as both an interview and musical guest on “The Late Show With Stephen Colbert.”

In addition to the Jessie Buckley appearance, Tuesday’s “Late Show” features a chat with Chris Matthews.

Taped earlier in the day, the episode will begin airing at 11:35PM ET/PT on CBS.