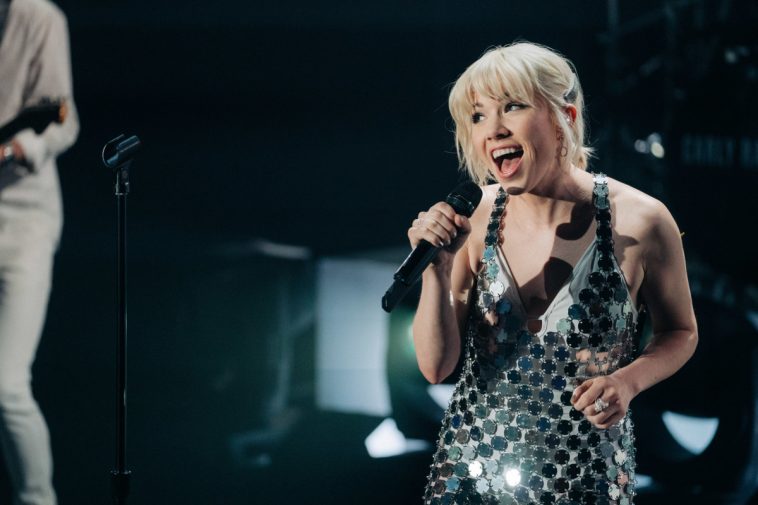 She performed “Too Much,” a cut off her new album “Dedicated.”

CRJ performed in the closing segment of the episode, which also featured Halle Berry, Anjelica Huston and Allison Williams.

Berry, Huston and Williams all participated in the nightly discussion; the former two also played “Spill Your Guts Or Fill Your Guts.”

Taped in advance, the episode began airing at 12:35AM on the east coast and will air at the same time on the west coast.