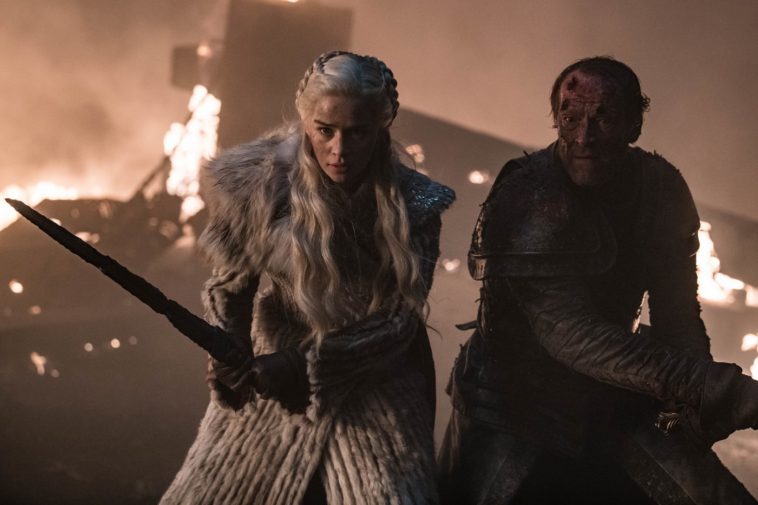 Update: In terms of live+same-day television viewership, Sunday’s “Game Of Thrones” was the show’s #2 broadcast of all-time. Only the season seven finale drew more linear viewers (12.07m vs. 12.02m).

With HBO Go and HBO Now viewership included, it actually rises to #1 on the listing. The episode, formally entitled “The Long Night” but known for its central “Battle Of Winterfell,” drew 17.8 million same-night viewers across TV, HBO GO and HBO NOW.

That bests the 17.4 million same-night sum for the April 14 season 8 premiere, which at the time represented a series high.

Sunday’s “Game Of Thrones” did not simply top last week’s episode in adults 18-49 and overall viewership.

It also topped the April 14 season premiere, becoming the show’s #2 all-time broadcast in live+same-day TV viewership. The only episode that drew a bigger L+SD crowd was the season seven finale.

The only higher-rated episode, as noted, was the season seven finale. That broadcast drew a 5.70 rating and averaged 12.07 million viewers.

As impressive as this week’s numbers are, they do not include same-night HBO Now and HBO Go viewership. Such viewership was surely in the millions.

The numbers, moreover, will not account for the show’s ample delayed viewership. “Game Of Thrones” has always fared well in delayed viewership, and this week’s episode should perform particularly well given the significance of what happened during its central “Battle Of Winterfell.”