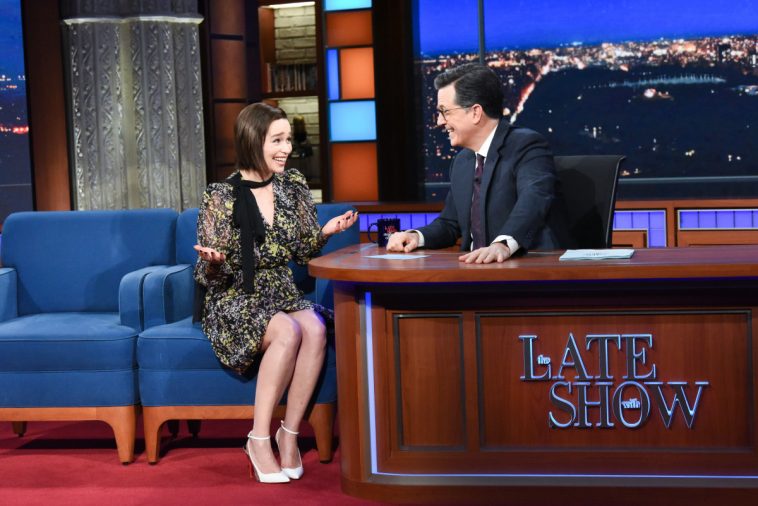 Clarke, who was making her first “Colbert” appearance since 2016, naturally discussed the new season of “Game Of Thrones.” Said new season premieres on April 14.

Emilia Clarke made her first “Late Show With Stephen Colbert” appearance in the spring of 2016.

Clarke appears as the lead interview guest on Tuesday’s “Late Show.” The interview comes in support of the final “Game Of Thrones” season, which commences on Sunday, April 14.

In addition to the Clarke interview, Tuesday’s “Colbert” features a chat with Henry Winkler. It also features a performance by the Grammy-winning H.E.R.