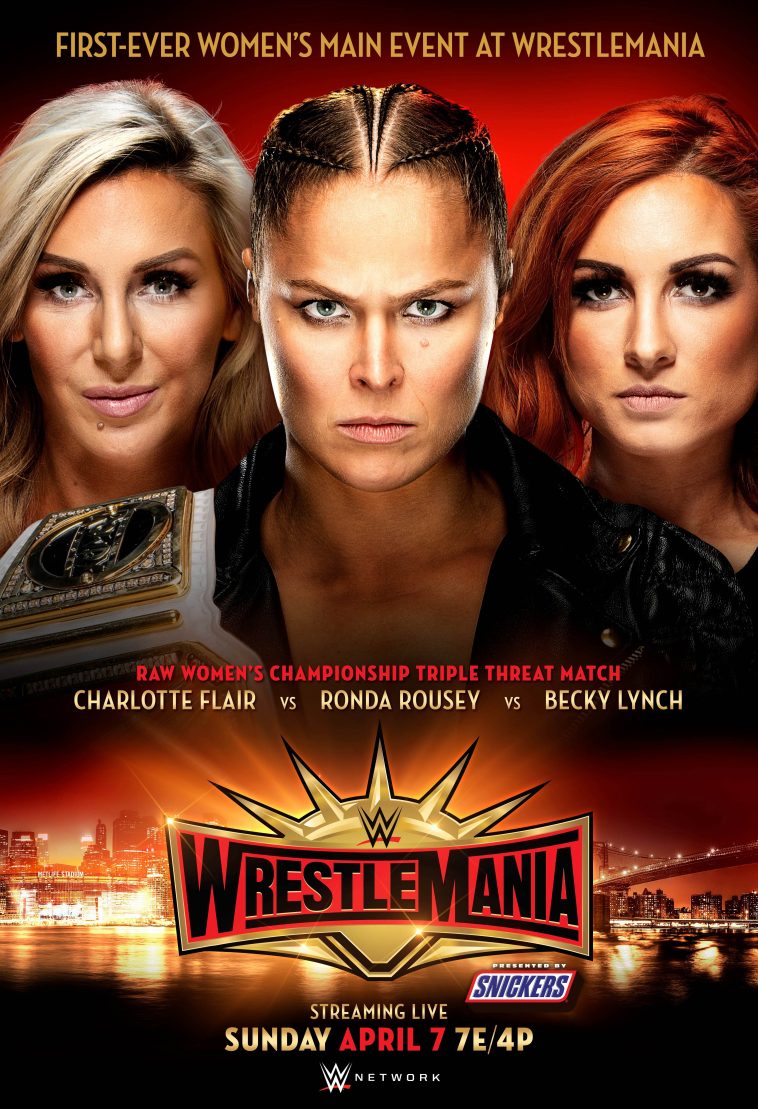 Few wrestling fans would debate that the RAW Women’s Championship between Ronda Rousey, Becky Lynch and Charlotte Flair represents the top attraction on the WrestleMania 35 card.

It was not until Monday, however, that its standing as the show’s main event became formal.

In an official press release, WWE revealed that the triple threat match will go last on this year’s WrestleMania card. It becomes the first women’s match to ever main event the annual WrestleMania show.

Featuring a legitimate household name in Rousey, the industry’s hottest star in Lynch and a reliably great performer in Flair, the match has naturally been commanding ample attention. While convoluted at times, high-profile storyline development across both RAW and SmackDown! has added to the anticipation.