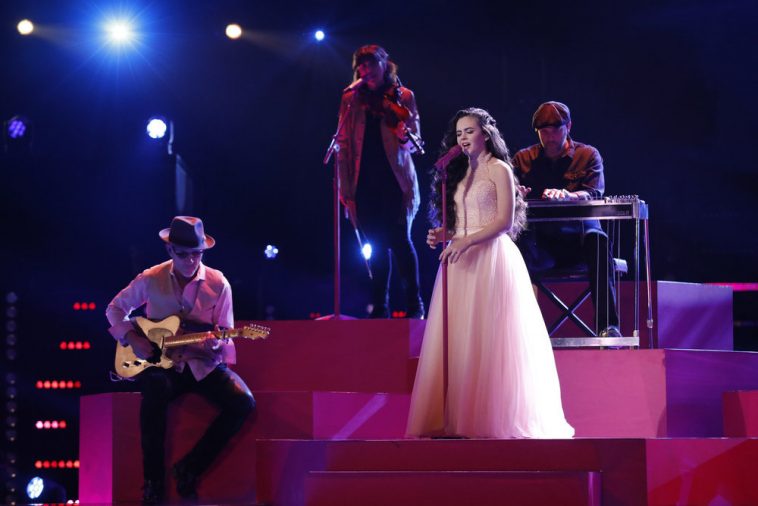 Chevel on The Voice | Trae Patton/NBC

On the heels of winning “The Voice,” Chevel Shepherd makes a significant jump on the Billboard Emerging Artists chart.

Shepherd earns #1 on the listing, which ranks the Top 50 artists who have yet to score a major hit on a key Billboard album or song chart.

Like the Artist 100, it positions artists based on activity from album sales, song consumption and social media activity.

Shepherd generated much of her activity from sales of her final “The Voice” recordings.

Kirk Jay, who took third place on the “The Voice,” takes second place on this week’s Emerging Artists chart.