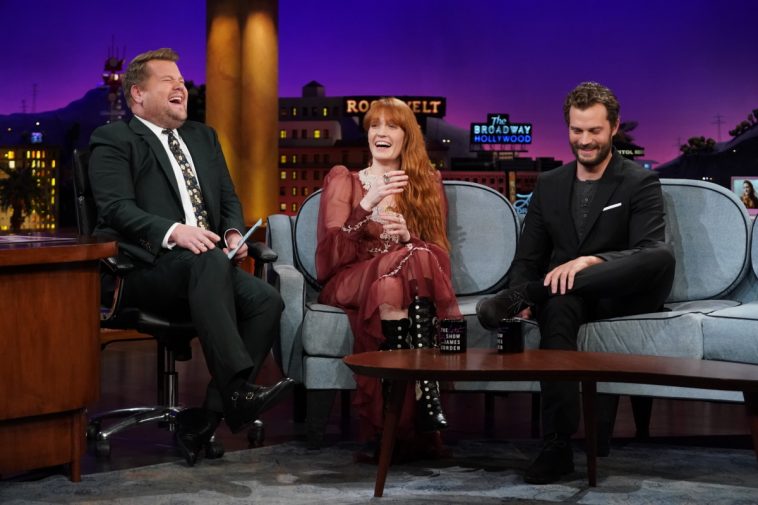 Both participated in the nightly discussion. Late, Welch joined The Machine for a musical performance.

Video highlights from the episode follow. Photos from the taping are also embedded.

The “My Dinner With Herve” and “A Private War” star appears on “The Late Late Show With James Corden.”

Dornan appears as a discussion guest alongside Florence Welch. Welch later takes the stage for a performance with The Machine.

The episode began airing at 12:35AM on the east coast — and will air at that time on the west coast. Videos will be posted as they are made available by CBS.