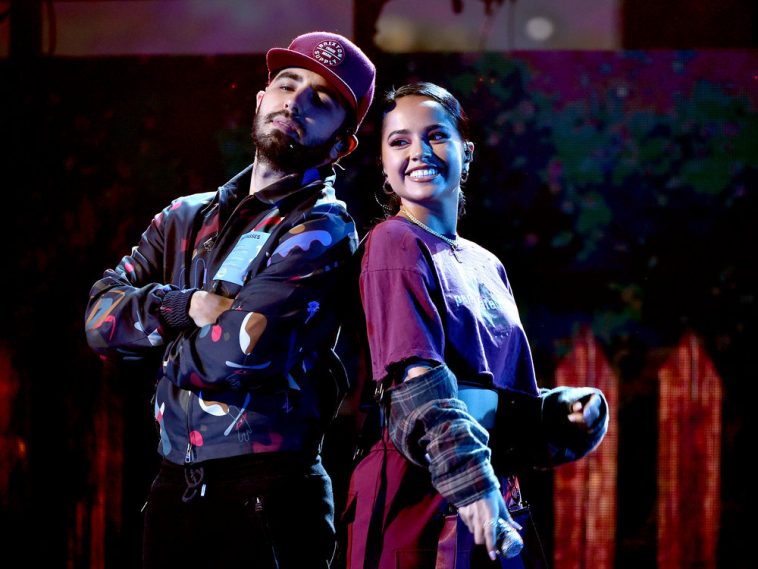 The 2018 Latin American Music Awards ceremony airs this Thursday, October 25, and Becky G will have a big role.

The music star will be performing at the event. She will also be hosting alongside Leslie Grace, Roselyn Sanchez, Gloria Trevi and Aracely Arambula.

Ahead of the big night, those women attended rehearsal sessions at the Dolby Theater in Hollywood. Becky G’s performance collaborator Joss Favela and popular group CNCO were also spotted at rehearsals.

Telemundo will be handling broadcast duties for the event, which airs at 8PM ET on the 25th. The network’s official rehearsal photos follow: