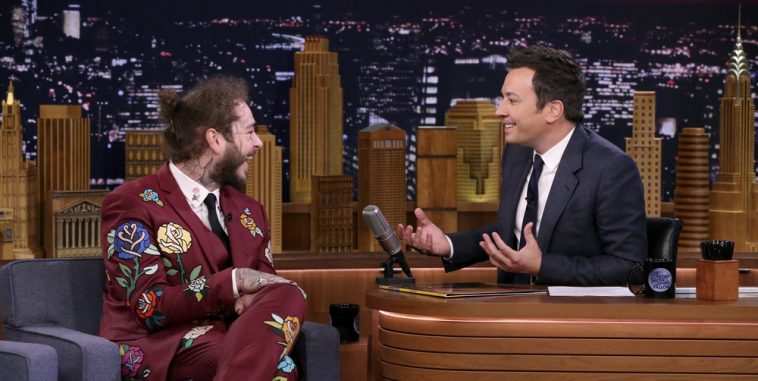 The artist appeared as an interview guest rather than a musical performer, but there was a musical element to his appearance. He shared a teaser from his contribution to the “Spiderman: Into The Spider-Verse” soundtrack.

Along with Post Malone, Monday’s “Fallon” featured appearances by Nick Offerman and Megan Mullally and a performance by The National.

A video from the Post Malone segment follows. Additional videos will be posted upon availability.

The hitmaker is not, however, the episode’s musical guest. Post Malone instead appears for an interview with host Jimmy Fallon.

In addition to Post Malone and The National, Monday’s episode features Nick Offerman and Megan Mullally. They appear together for an interview and a comedy sketch.