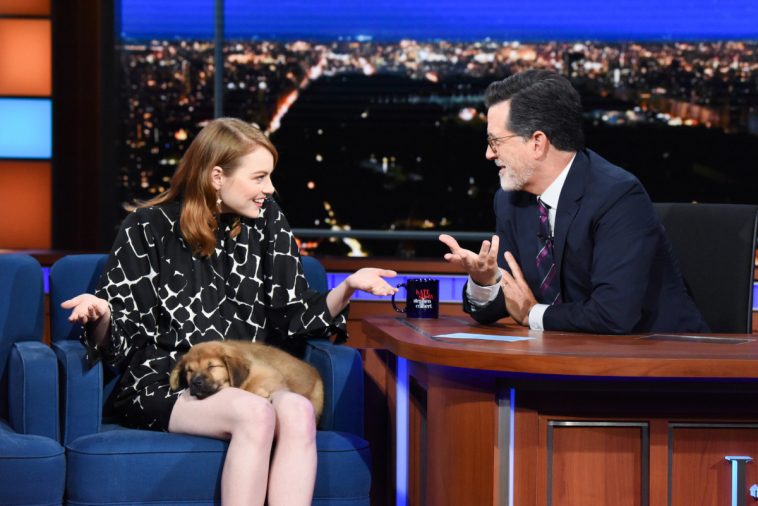 The episode also featured an appearance by Flight of the Conchords. The musical-comedy duo joined host Stephen Colbert for an interview. The act also took the stage for a musical performance.

Stone is the lead interview guest on Monday’s “Late Show With Stephen Colbert.”

The broadcast also features an appearance by musical comedy duo Flight of the Conchords. Conchords members Bret McKenzie and Jemaine Clement join Colbert for a chat. Later, they take the stage for a performance.