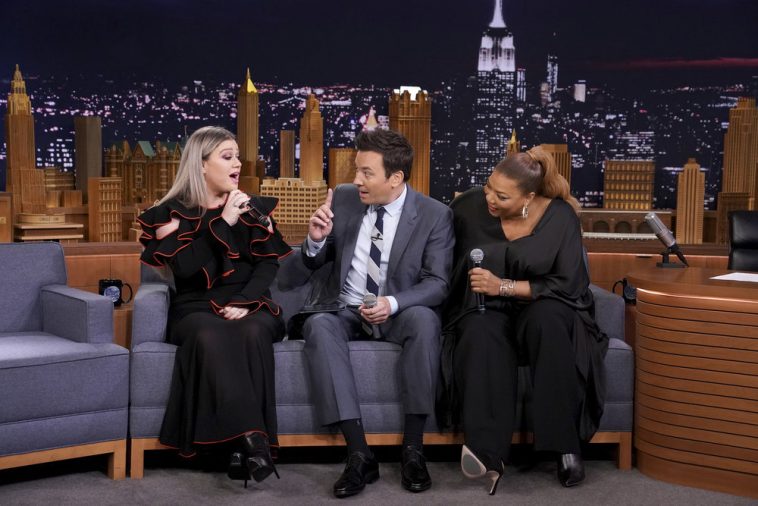 Both participated in interviews during the broadcast. They also joined forces to create a song using the iPad Loopy app.

A video of the Loopy segment follows. Additional highlights will be posted upon availability.

To support their projects, Kelly Clarkson of the former and Queen Latifah of the latter appear on Tuesday’s “Tonight Show Starring Jimmy Fallon.”

Both entertainers have interviews with Fallon. They also come together for a segment involving the iPad Loopy app.