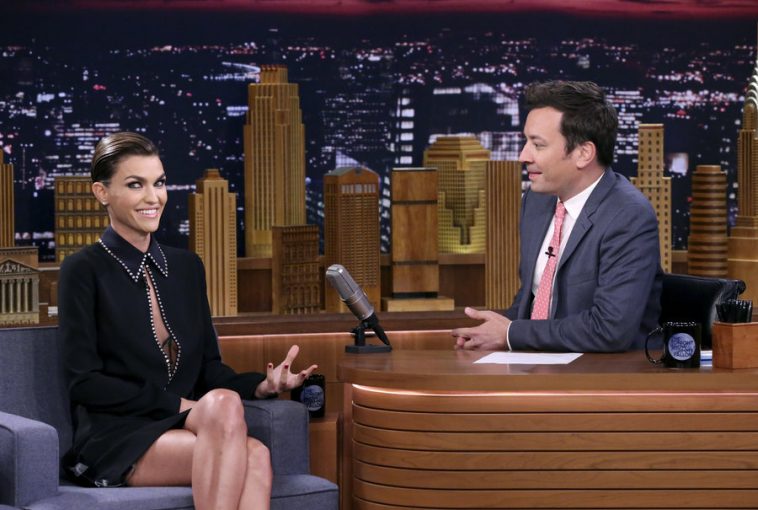 Update: News broke Tuesday that Ruby Rose had been cast to play “Batwoman” in The CW’s upcoming “Arrowverse” crossover. A standalone “Batwoman” series is also in development.

On the heels of the news, the actress paid a visit to “The Tonight Show Starring Jimmy Fallon.”

The interview, naturally, covered Ruby Rose’s reaction to the casting.

A video highlight from the interview follows. Additional videos from the episode, including Rae Sremmurd’s show-closing performance, will be posted upon availability.

Ruby Rose stars in “The Meg,” which opens this Friday. She will also be playing “Batwoman” in The CW’s upcoming “Arrowverse” crossover.

She joins host Jimmy Fallon for an interview during the broadcast.

Seacrest appears for an interview. He also joins Cohen, Fallon and Blackthought in a game of “Catchphrase.” The members of Rae Sremmurd close the episode with a performance.