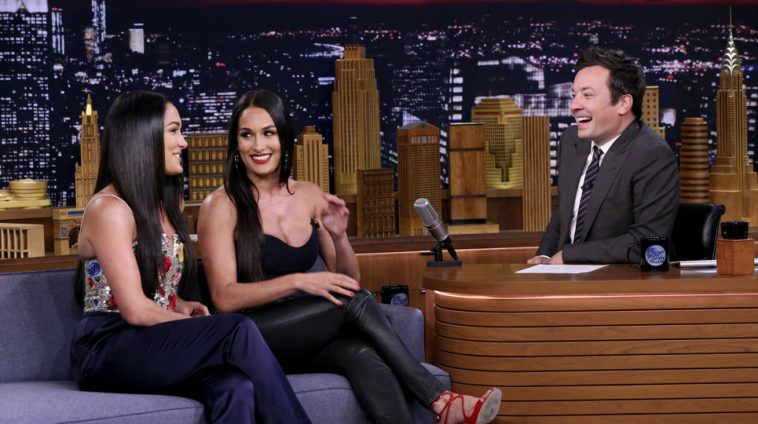 The twins were interview guests on Wednesday’s episode.

The broadcast also featured interviews with Alec Baldwin, Hannah Gadsby and a performance by Toots & The Maytals.

A web-exclusive Toots and The Maytals performance and photos from the taping follow. Additional videos, including highlights from The Bellas’ interview, will be available below starting at 3:35AM ET.

Ahead of the episode, stars Nikki and Brie Bella make a late-night talk show appearance.

The Bellas appear for an interview on Wednesday’s “Tonight Show Starring Jimmy Fallon.”