Thursday’s “The Four: Battle For Stardom” was the highest-rated and most-watched broadcast of the second season.

According to national data posted by Showbuzz, Thursday’s episode drew a 0.9 adults 18-49 rating. It averaged 2.86 million in overall live+same-day viewership.

Last week’s “The Four” posted a 0.8 in the demo and 2.81 million viewers. At the time, it was the most-watched episode of the season.

While this week’s numbers remain below those posted during the first season, they reflect a welcome upward trajectory for the show. Six episodes have aired this season; the past four posted week-over-week gains in viewership. 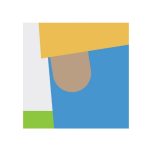