This past spring, news broke that Lifetime’s “UnREAL” would be moving to Hulu for its fourth season. At the time, the belief was that the show’s fourth season would likely be its last.

Hulu made the news official Monday. It, perhaps more importantly for fans, made the entire fourth and final season available for streaming.

“UnREAL has captivated audiences on Hulu since season one, so when this opportunity came to us, we knew we couldn’t miss out,” said Hulu’s SVP of Content Craig Erwich. “This is a unique way to both satisfy fans of the show, while also continuing to introduce it to new audiences.”

“We love season four of UnREAL and its visionary creativity in bringing back many favorite characters for an all-star competition,” added Barry Jossen of A&E Studios. “When the opportunity to partner with Hulu arose, we immediately saw the huge benefit to UnREAL’s loyal fans, as well as a unique way of recruiting first-time viewers to this ground-breaking series.”

“UnREAL” debuted in 2015 to online buzz, rave reviews and Emmy Awards attention. It nonetheless failed to generate much in the way of live+same-day ratings interest. The third season, which aired from February to April 2018, was also light in the buzz department.

The show has, nonetheless, proven engaging for Hulu users. The service notes that users binge an average of 3-4 episodes per sitting. 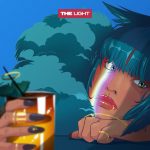