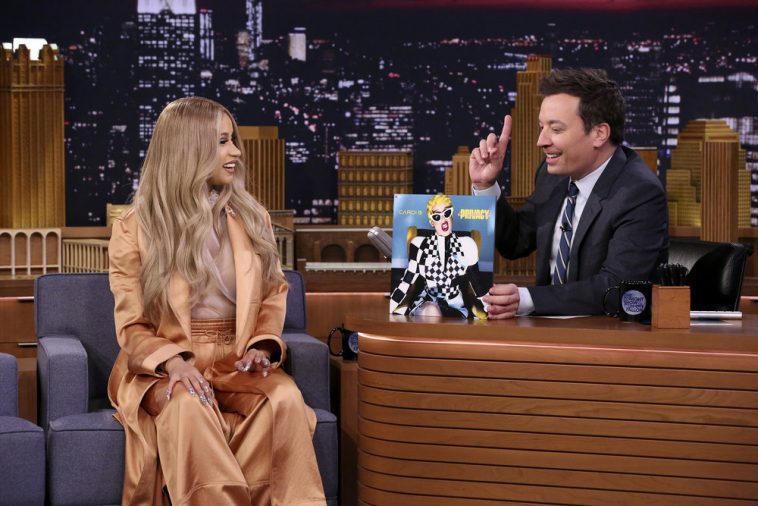 Cardi B on Fallon | Andrew Lipovsky/NBC

As has been the rule rather than the exception in 2018, Cardi B is the highest-ranking female act on this week’s Billboard Artist 100.

The hip-hop artist continues her dominance thanks to ongoing interest in her various recordings, including her newly minted #1 “I Like It.”

The highest-ranking female, Cardi B takes #6 on the overall Artist 100. She only trails Panic! At The Disco (#1), XXXTentacion (#2), Post Malone (#3), Drake (#4) and Imagine Dragons (#5) on the chart, which ranks the top artists in America based on factors like album consumption, song consumption and social media activity.

Positioned at #13 on the overall chart, Ariana Grande claims second place among solo** female acts. Taylor Swift follows as the #3 female (and #15 overall artist), while Dua Lipa takes #4 among females (and #19 overall). Camila Cabello, who occupies the #20 slot on this week’s Artist 100, is the fifth-highest-ranking solo female.

**The solo female distinction is important in this case, as The Carters (consisting of male artist Jay-Z and female artist Beyonce) appears at #8 on the overall chart. Beyonce and Jay-Z, it should be noted, are also eligible to chart as individuals (but do not appear on the Artist 100 this week).