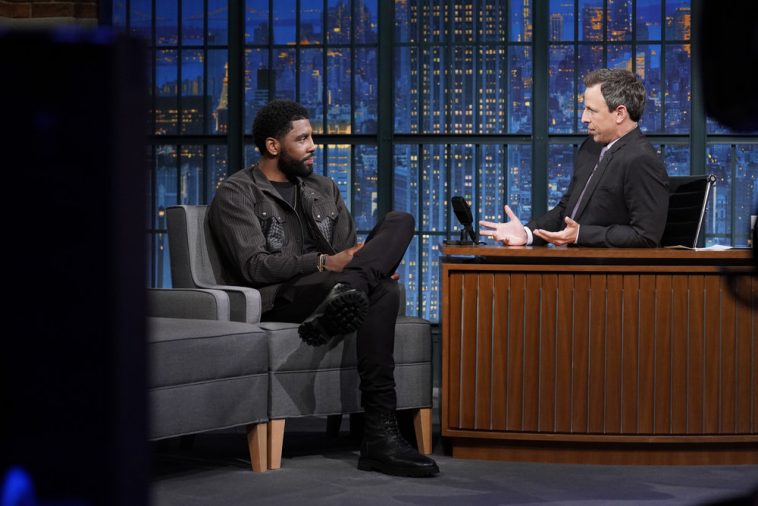 Irving joined Meyers for a discussion; that chat touched on Irving being a fan of “Rent.”

A video of the interview and photos from the taping follow.

Ahead of the opening, star Kyrie Irving makes a late-night talk show appearance.

The NBA player, who appears as the title character in the film, participates in an interview on Wednesday’s “Late Night With Seth Meyers.”

Taped earlier Wednesday evening, it airs at 12:35AM ET/PT on NBC. Ahead of the broadcast, NBC shared a collection of photos from the taping.