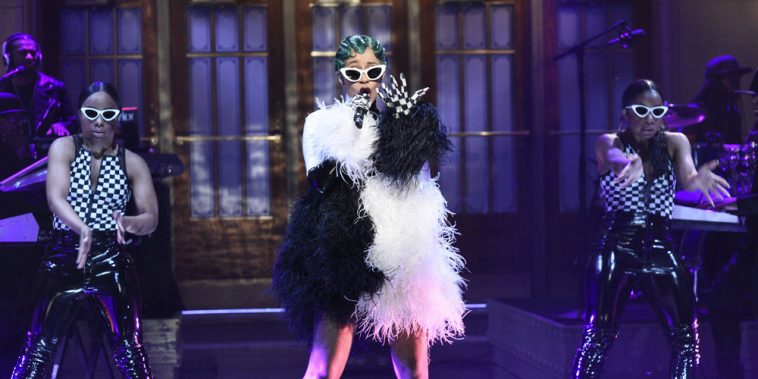 Cardi B on SNL | Will Heath/NBC

Unlike last week, Cardi B does not claim #1 on this week’s Billboard Artist 100 chart.

She does, however, repeat as the highest-ranking solo female on the listing.

Cardi B is #2 on the overall chart, which ranks the top artists in America using data from various Billboard charts (including album, song and social metrics). The only artist with a higher-ranking is male country star Jason Aldean.

Cardi B is celebrating a third consecutive week as the highest-ranking female solo artist.

The solo clarification is important this week, as Pentatonix (which includes a female member in Kirstin Maldonado) is #25 on the overall chart.