Search
Cardi B on SNL | Will Heath/NBC

As the sum of its parts, Cardi B’s “Invasion Of Privacy” generated enough activity to earn #1 on this week’s Billboard Hot 100.

Twelve of the thirteen tracks (ten debuts and two holdovers) appear on this week’s edition of the Billboard Hot 100 — and none is charting below #58. The only song missing is Cardi B’s breakthrough hit “Bodak Yellow,” which exited the chart as a recurrent earlier this year.

In addition to the twelve “Invasion Of Privacy” songs, Cardi B is charting with her Bruno Mars collaboration “Finesse.”

With thirteen songs on this week’s chart, Cardi B sets the record for most simultaneous Hot 100 positions occupied by a female artist. Beyonce previously held the record with 12. 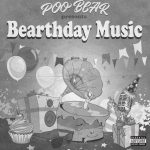