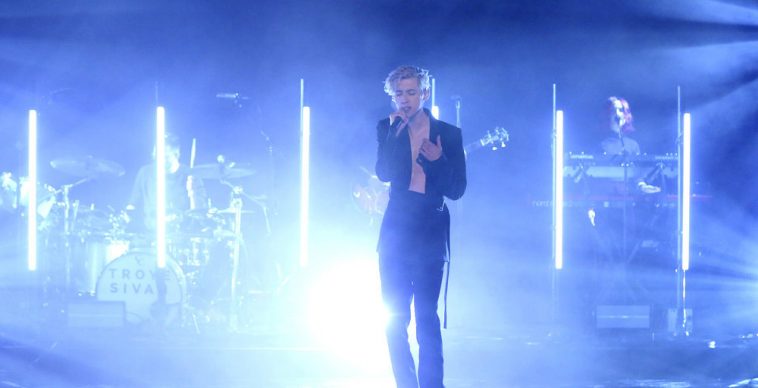 Update: In what represented his first visit to the show since the summer of 2016, Troye Sivan performed on Thursday’s “Tonight Show Starring Jimmy Fallon.”

The pop star performed his radio single “MY MY MY” toward the end of the broadcast.

A video of Sivan’s “MY MY MY” performance will be available to view below at 3:35AM ET. Photos from Thursday’s “Tonight Show Starring Jimmy Fallon” taping are already embedded.

Sivan, who is making his first “Tonight Show” appearance since the summer of 2016, performs his radio single “MY MY MY.”

First released in January January, “MY MY MY” is currently in the Top 25 at pop radio and Top 50 at hot adult contemporary radio.

Taped earlier in the day, Thursday’s “Tonight Show” also features appearances by Bill Hader and Jimmy Buffett. Both appear for interviews; Hader also joins Fallon for a “Face It Challenge.”