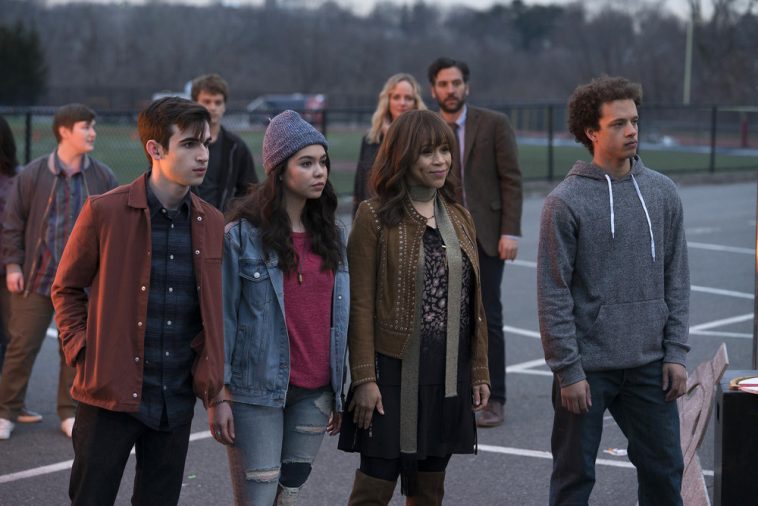 Given the show’s heavy promotional campaign and presumed compatibility with its “This Is Us” lead-in, ratings for Tuesday’s “Rise” premiere are unimpressive.

The performance was, however, solid by typical TV standards. The show, moreover, won its timeslot in adults 18-49 (granted, it also benefited from the best lead-in support — by far).

On the surface, the numbers are decent for a 10PM drama in 2018. It is very important, however, to consider context.

NBC has been aggressively promoting “Rise” for the past several months. Tuesday’s premiere also aired out of the “This Is Us” finale, which drew a 2.8 adults 18-49 rating and 10.94 million viewers in the 9PM slot.

It is hard to celebrate 43% demo retention from a seemingly compatible lead-in.

“Rise” will move into the 9PM timeslot beginning next week. While the earlier timeslot is more favorable, the upcoming “Rise” episodes will air without support from curiosity buzz or “This Is Us.”

The show will not, however, be without a strong lead-in. “Rise” will air after NBC’s flagship reality competition series “The Voice.”

While “The Voice” is not as big in adults 18-49 as “This Is Us” (Tuesday’s episode drew a 2.3 and 11.17 million), it is still a strong performer in both the demo and overall viewership. Its musical nature, moreover, ensures a degree of fitness with “Rise.”

As such, while it is logical to expect “Rise” to fall from the premiere, it may be able to avoid a steep decline.

— From a competitive standpoint, “Rise” fared well in its timeslot Tuesday night. It dominated the premiere of ABC’s “For The People,” which drew a paltry 0.8 in the demo and only 3.22 million in viewership.

It also comfortably beat CBS’ “NCIS: New Orleans” (1.0) in adults 18-49 (with an audience of 9.24 million, the older-skewing CBS show still dominated the hour in overall viewership).