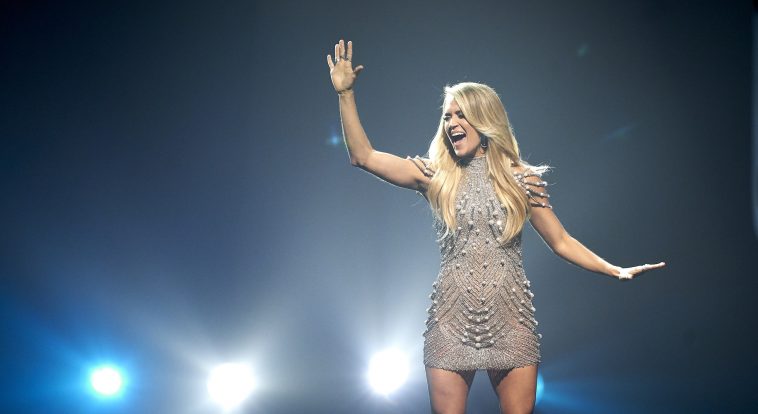 Given that reality, it should come as no surprise that songs featured during the big game are making big moves on the US iTunes sales chart.

Carrie Underwood’s “The Champion (featuring Ludacris),” which opened the pre-game coverage (and served as the official anthem), rocketed to #1 on the chart shortly after appearing in the broadcast. It remains in that position as of press time at 12:15AM ET.

Songs by halftime show performer Justin Timberlake are also moving into prominent spots on the chart.

Interestingly, his highest-charting song was not part of the halftime show setlist. “Say Something (featuring Chris Stapleton),” which appears on his newly released album “Man Of The Woods,” is #2 on iTunes.

— Other Super Bowl-related movers include Keala Settle & The Greatest Showman Ensemble’s “This Is Me.” The song, which was featured in a spot for NBC’s Winter Olympics, is up to #14. It was outside the Top 30 when the commercial aired.

Featured in a Monster commercial, Iggy Azalea’s “Savior (featuring Quavo)” is up to #20. The song was outside the Top 30 when the commercial aired.