According to the network, the show will begin its fifth season with a two-hour premiere on Friday, December 1.

It will then move into its new, regular 9-10PM timeslot beginning Friday, December 8.

While “Agents Of Shield” has become a soft live+same-day ratings performer, it continues to receive solid lifts from delayed viewing. It also holds value from a franchise perspective.

“We’re so proud of the way that ‘Marvel’s Agents of S.H.I.E.L.D.’ has grown creatively every season. The series is a top performer for us especially in delayed viewing where we see almost triple-digit increases,” said ABC entertainment president Channing Dungey. “Season five is their strongest season yet, and we can’t wait for the fans to see it. We feel that the move to Friday, creating a ‘genre night’ on ABC, appeals to the show’s loyal fan base.” 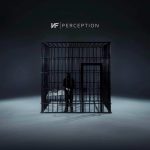